Stars in Our Stage 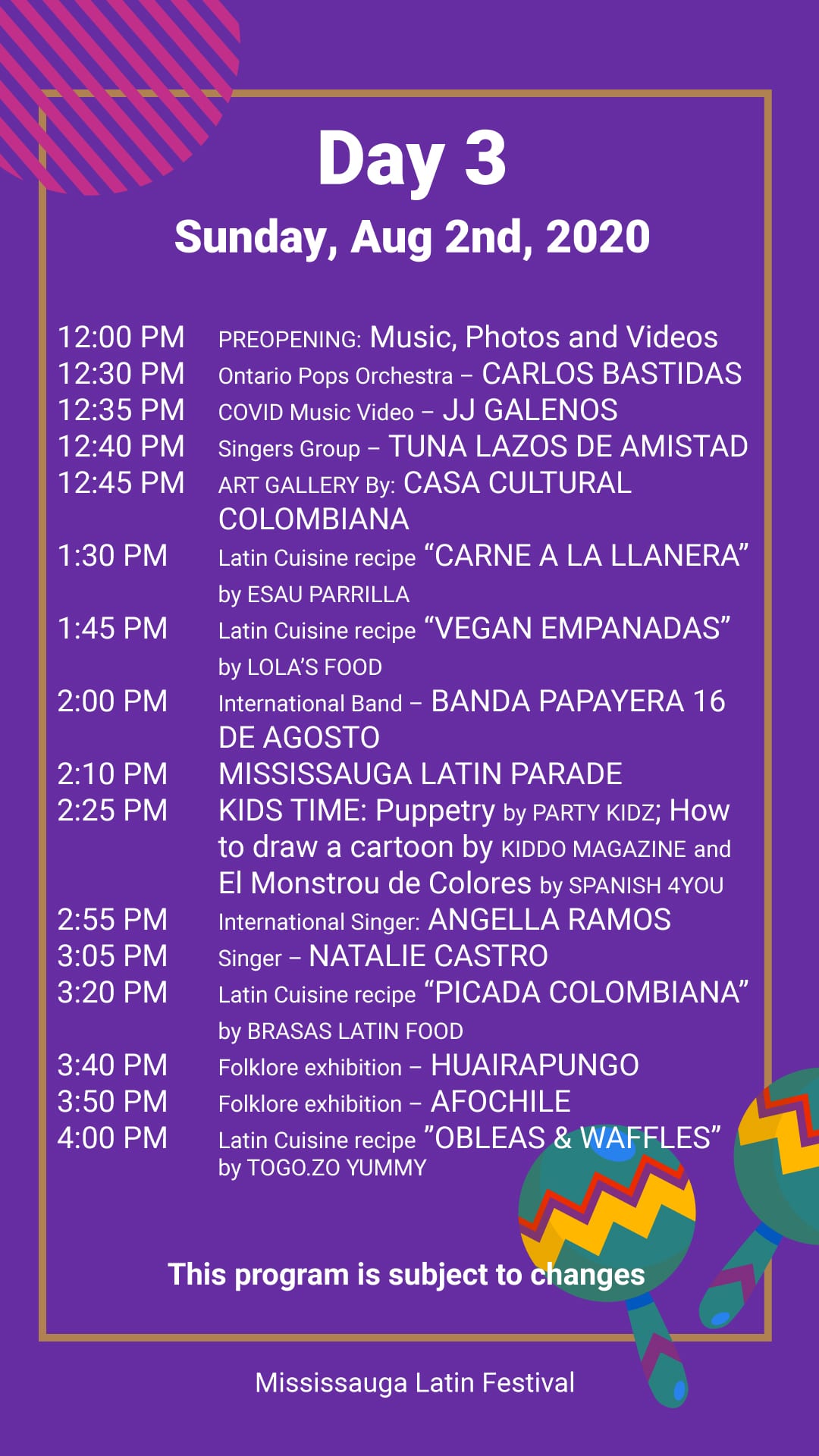 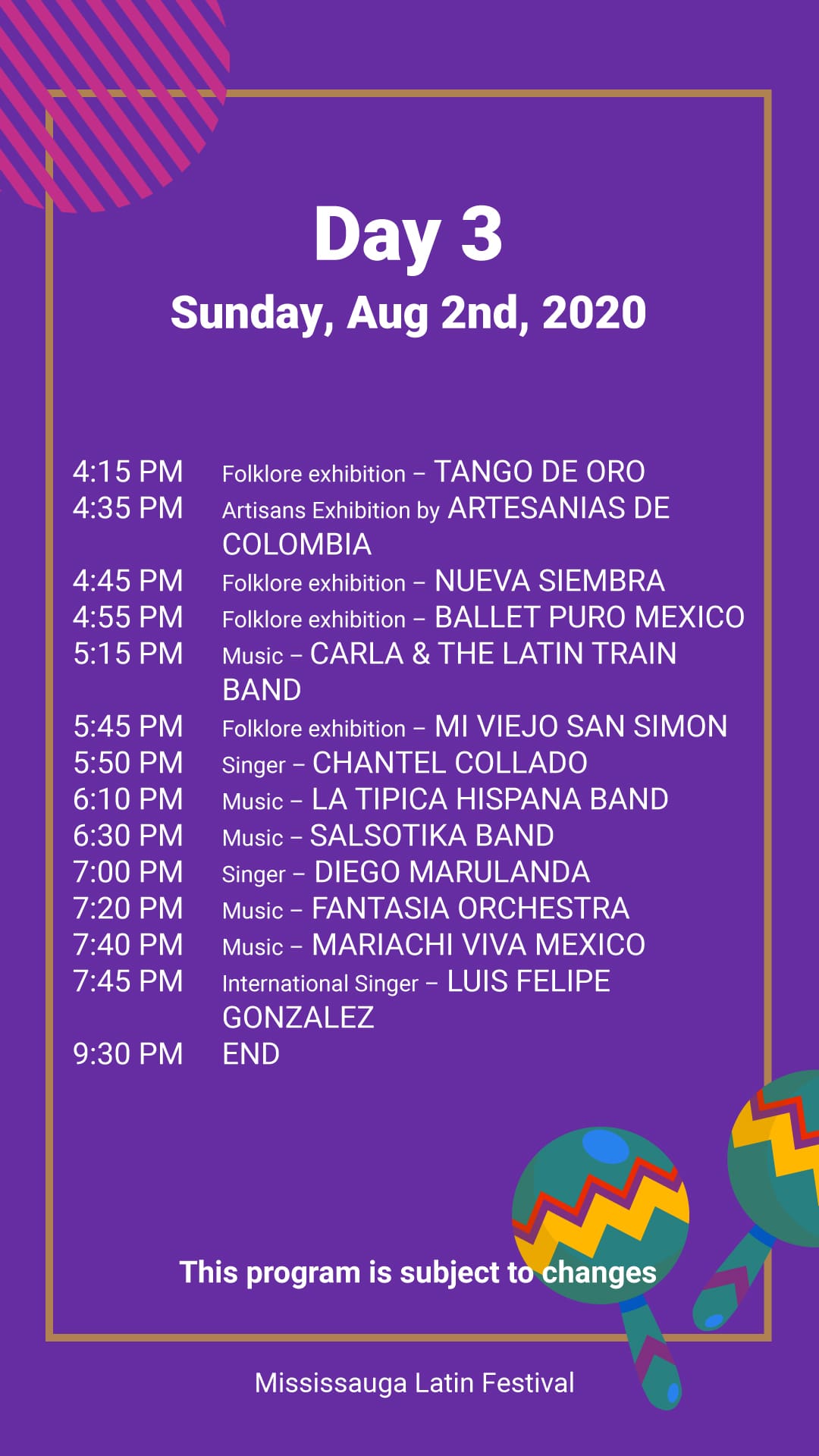 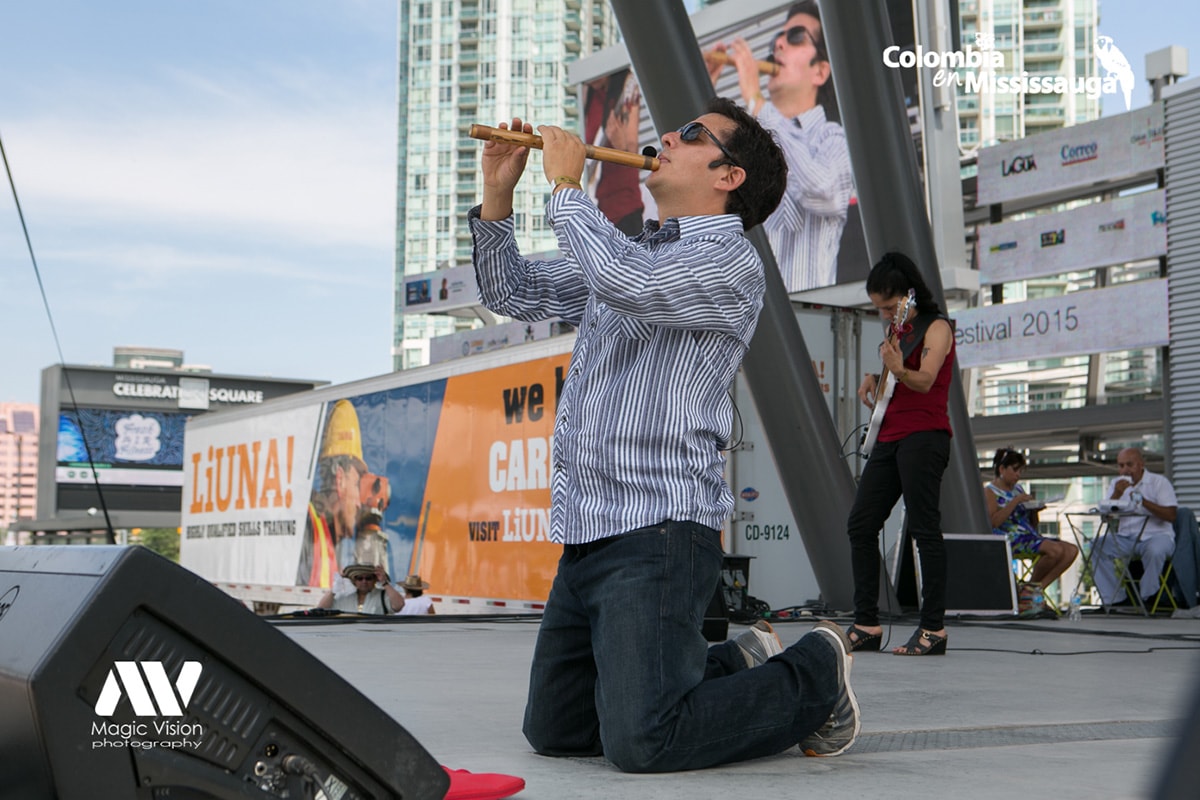 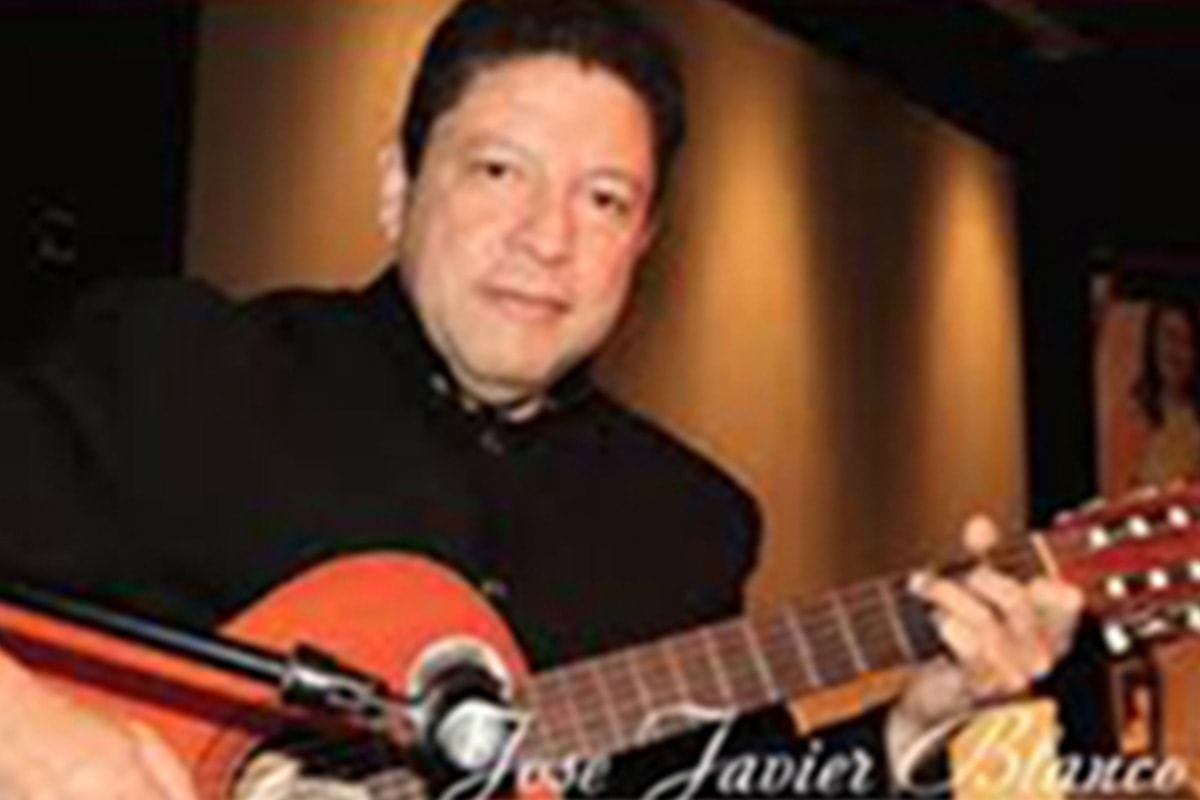 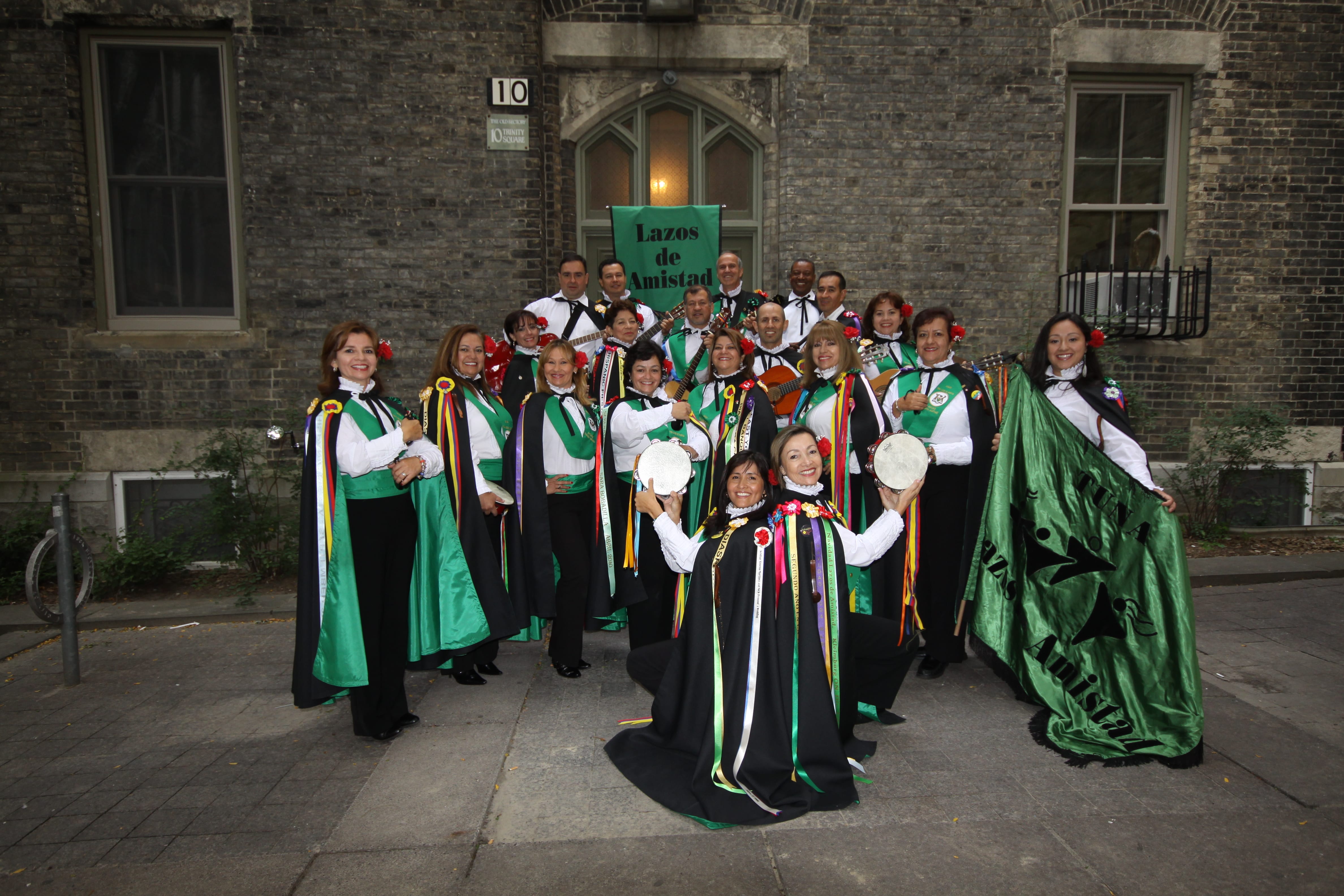 Tuna Lazos de Amistad, stems from the fact that they started off as a group of friends just wanting to have a good time singing traditional songs. Currently, the group has 20 members and they truly enjoy sharing this tradition by performing in cultural, corporate, and family events. 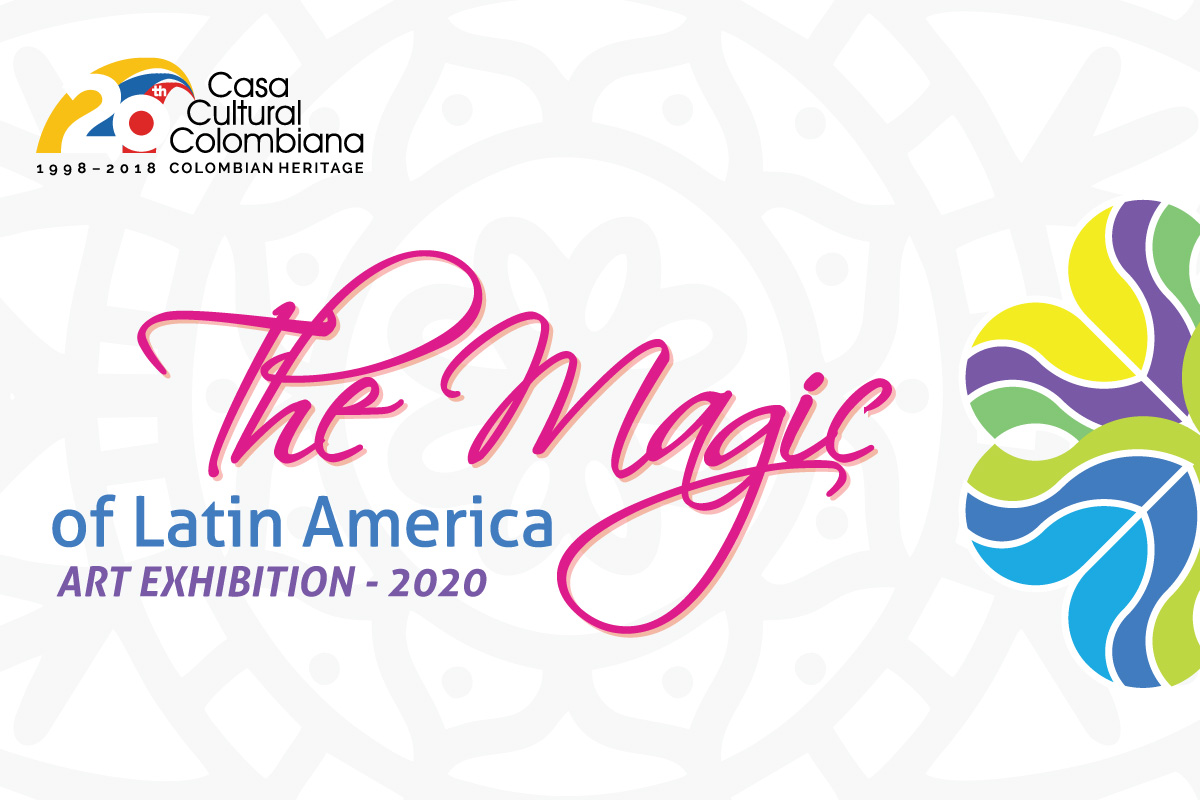 The Colombian Cultural House has been affected by the Latin art bug, as you may be aware this development has been developing in Mississauga, Toronto, and its surroundings so once again we join the Latin Festival of Mississauga by coordinating the art gallery. For the first time in the history of the festival, we are going virtual. 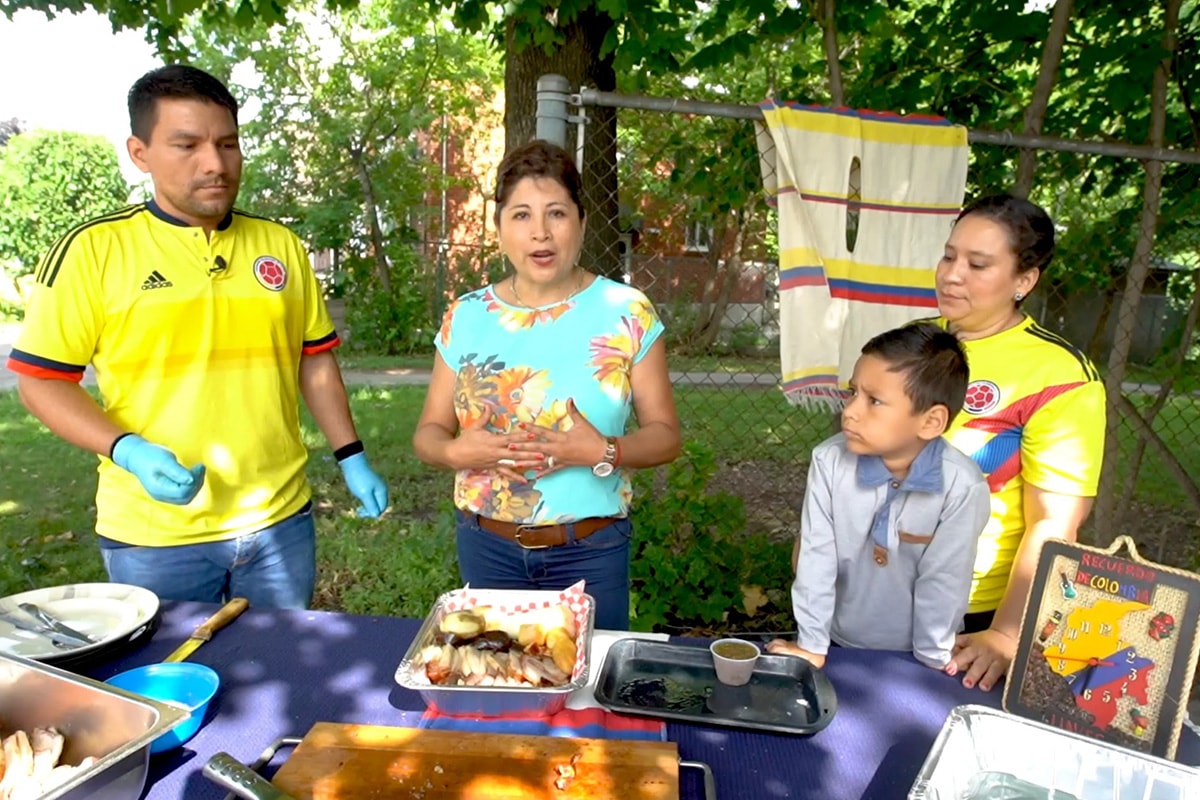 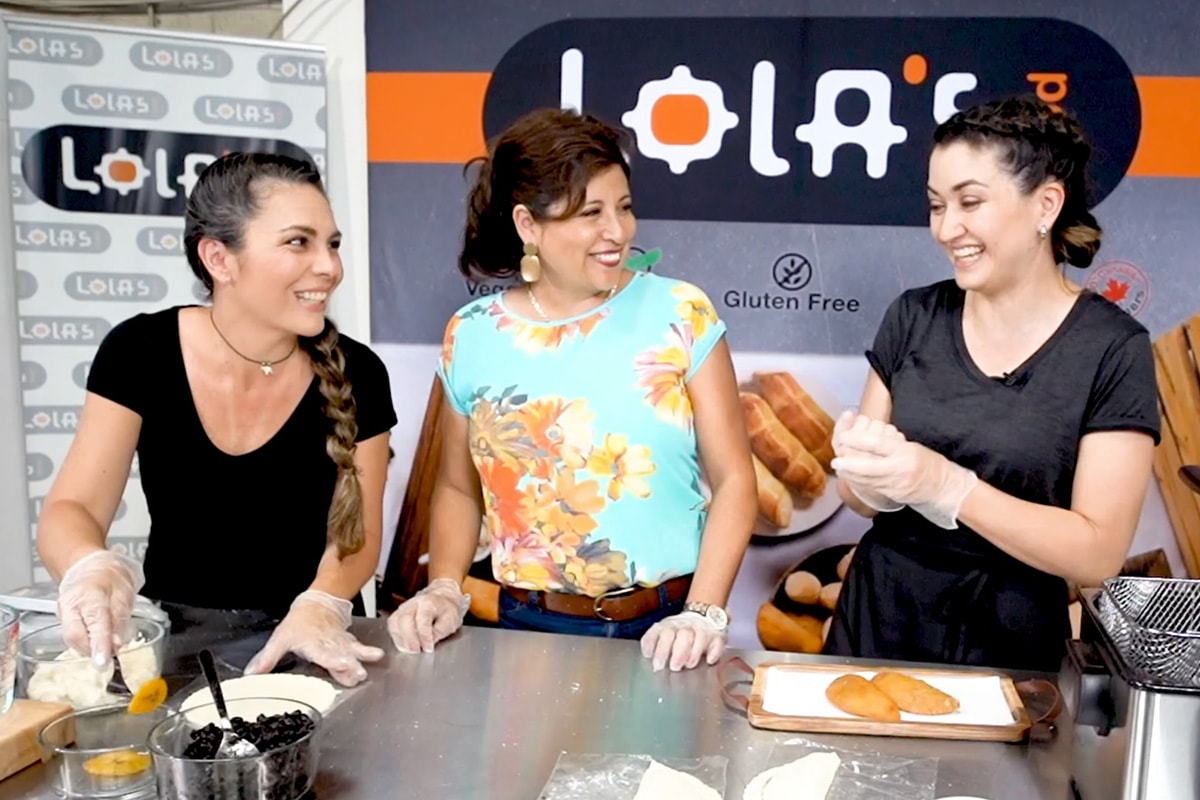 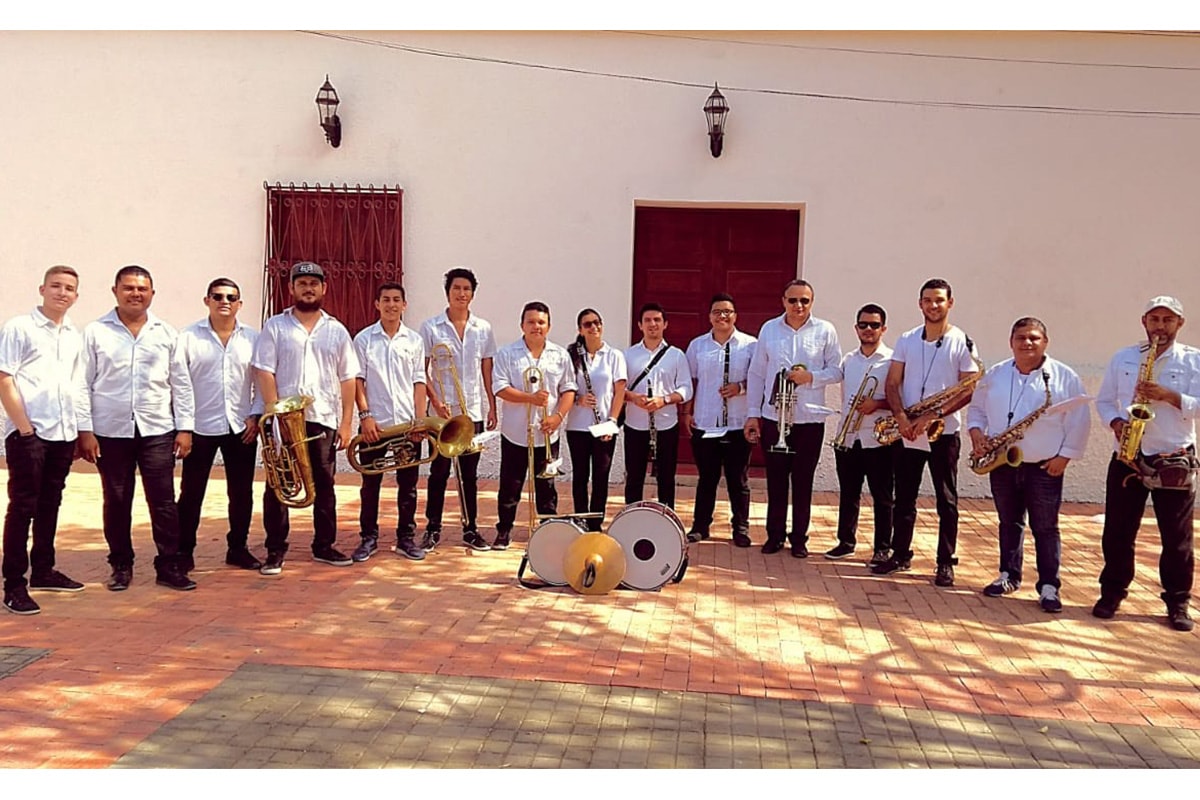 Banda 16 de Agosto It is a musical group in the Papayera Band Format, Their music underwent a process of evolution, with presentations mainly on Sundays after mass, festive dates, protocol acts, private parties, and popular celebrations. In 2003, the band almost disintegrated, but it was restored by the young Maestro Luis José Solano Duarte, who reactivated it with a new generation of musicians whom he has been leading. 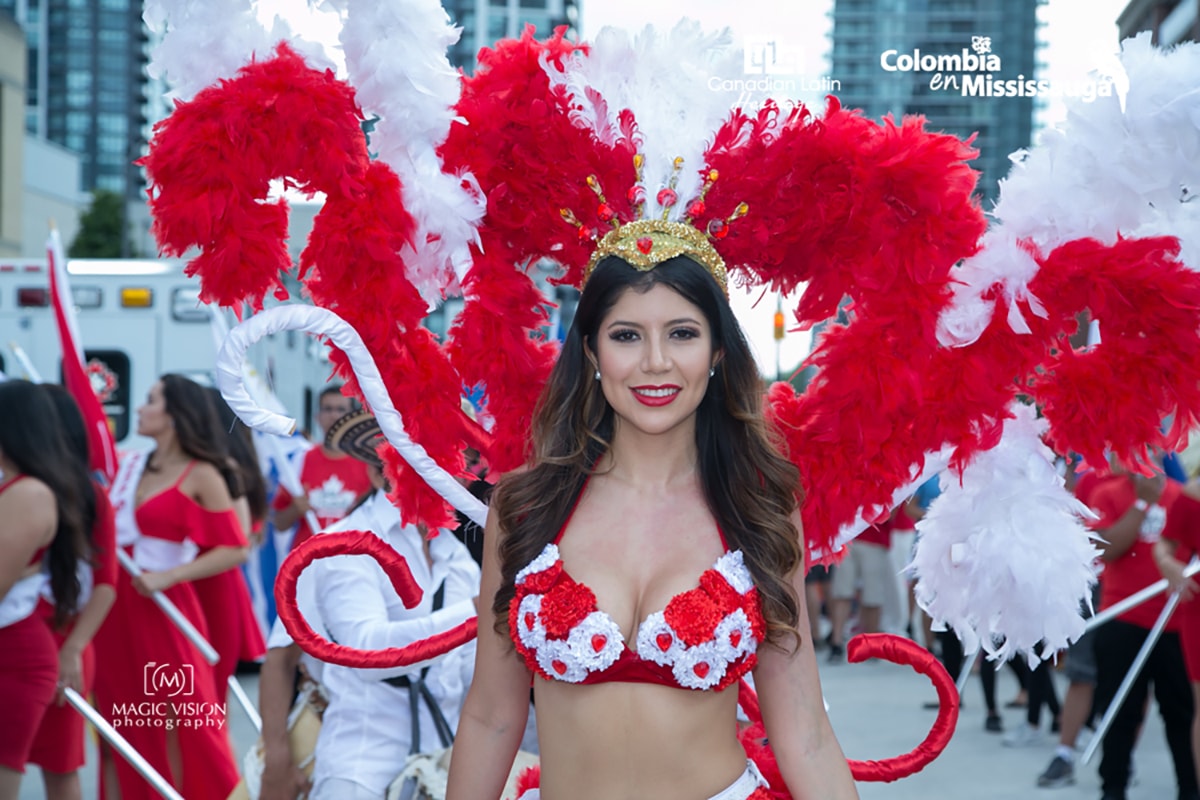 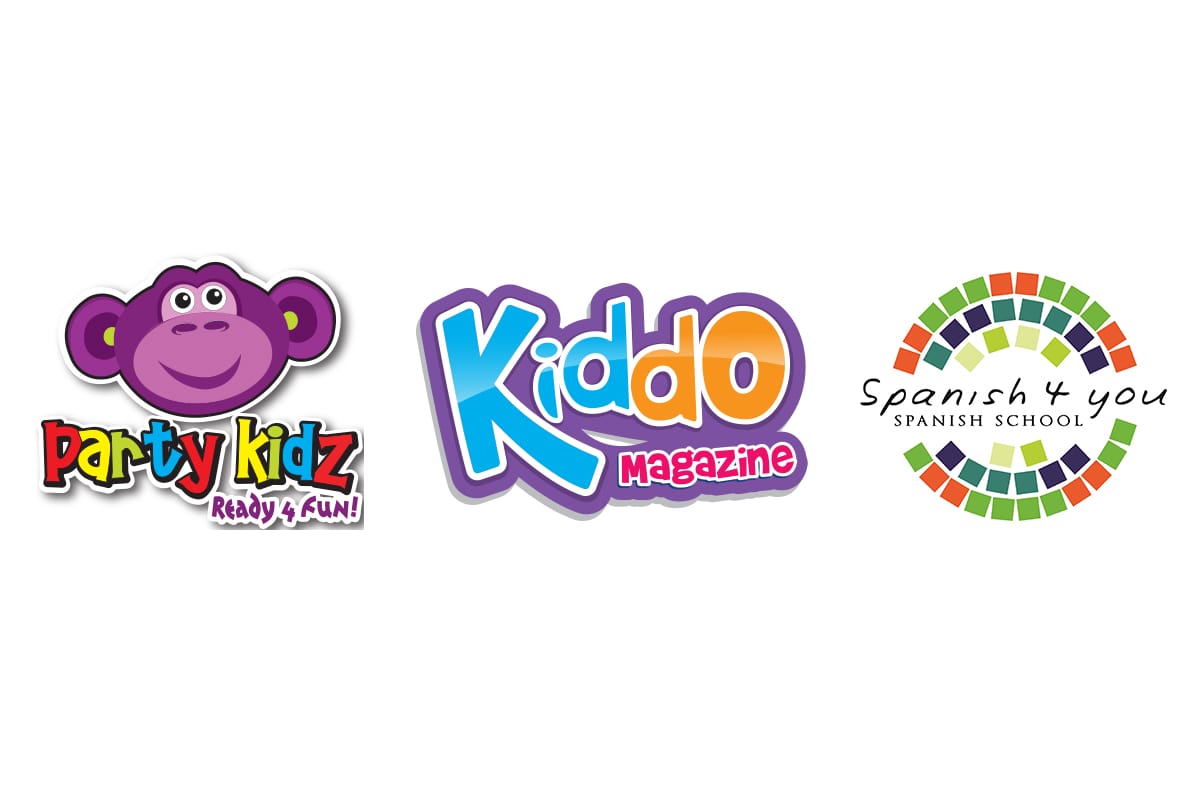 How to draw a cartoon by
KIDDO MAGAZINE 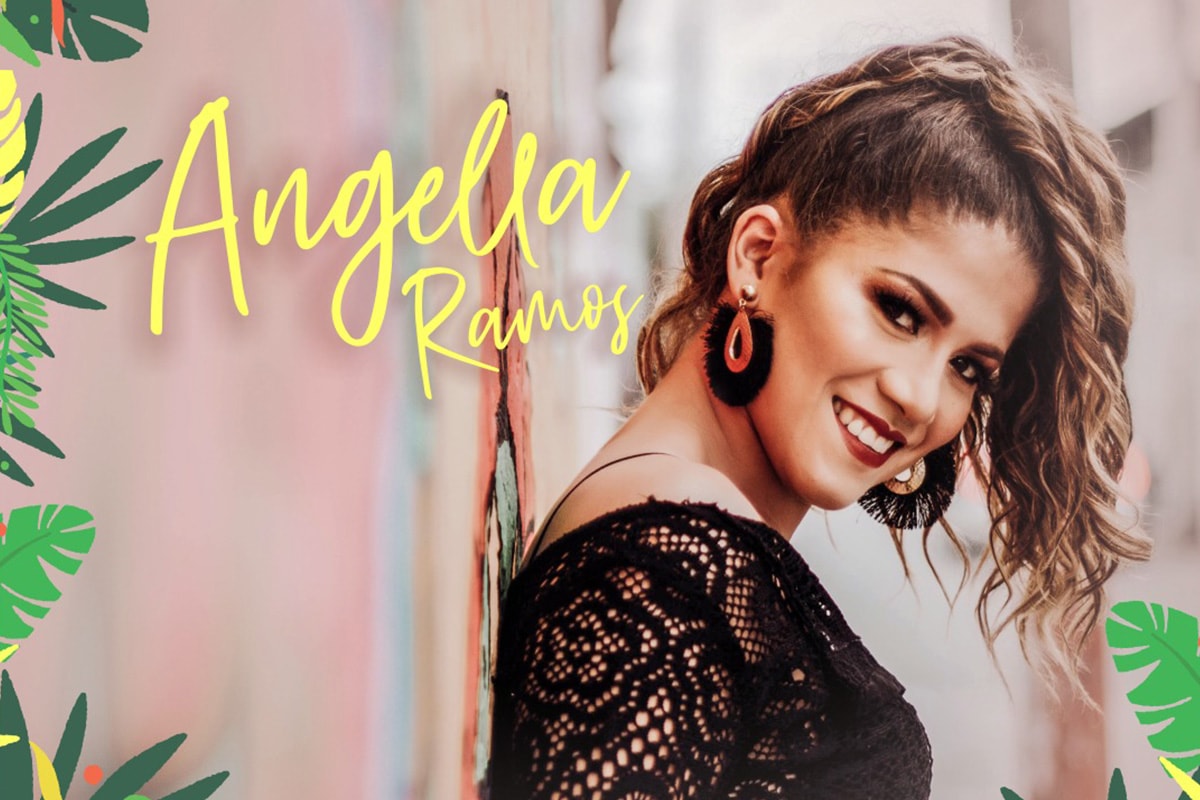 Pure energy, joy, power, and talent are the cover letter of this artist. The sound of this powerful singer is innovative; it is colorful, fresh, and original. Its starting point is tradition; it fuses and creates the sound that identifies it. 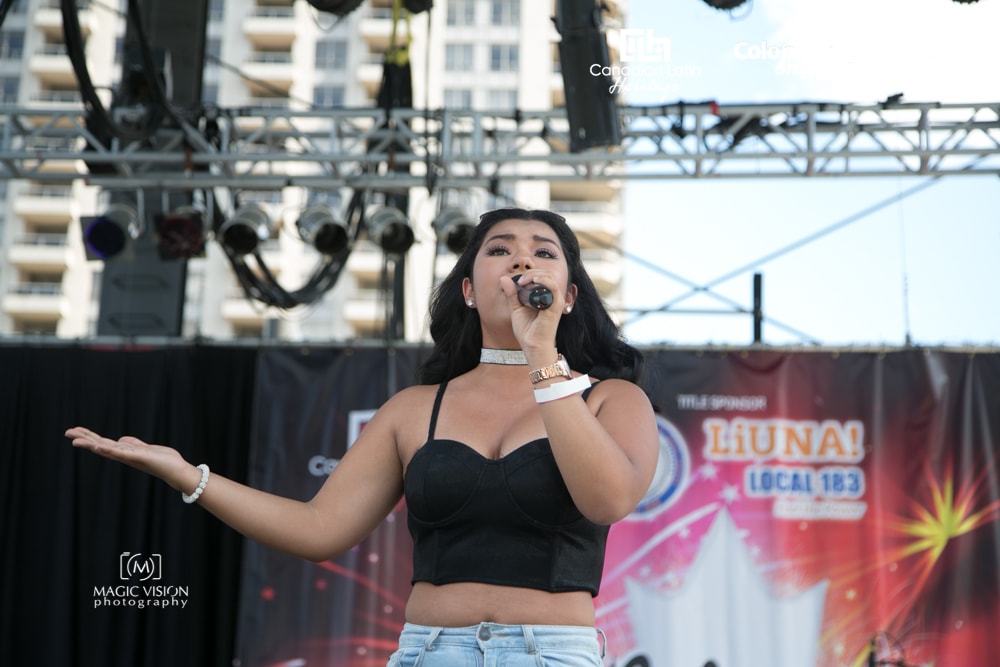 Natalie Castro is a 21-year-old Canadian singer, her parents are from Ecuador and El Salvador. She is currently studying in one of the most prestigious music schools, Berklee College of Music in Boston, United States. She hopes that one day her music can be recognized worldwide and be a great role model for today’s generation. 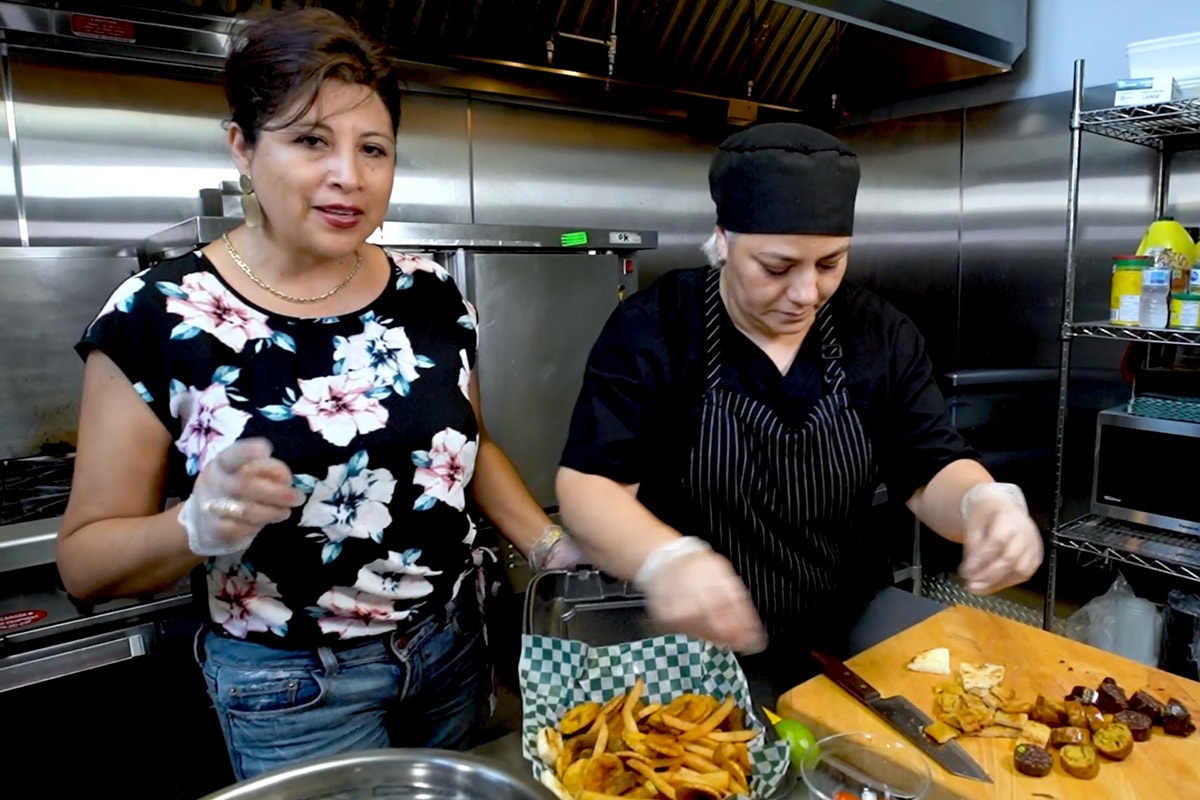 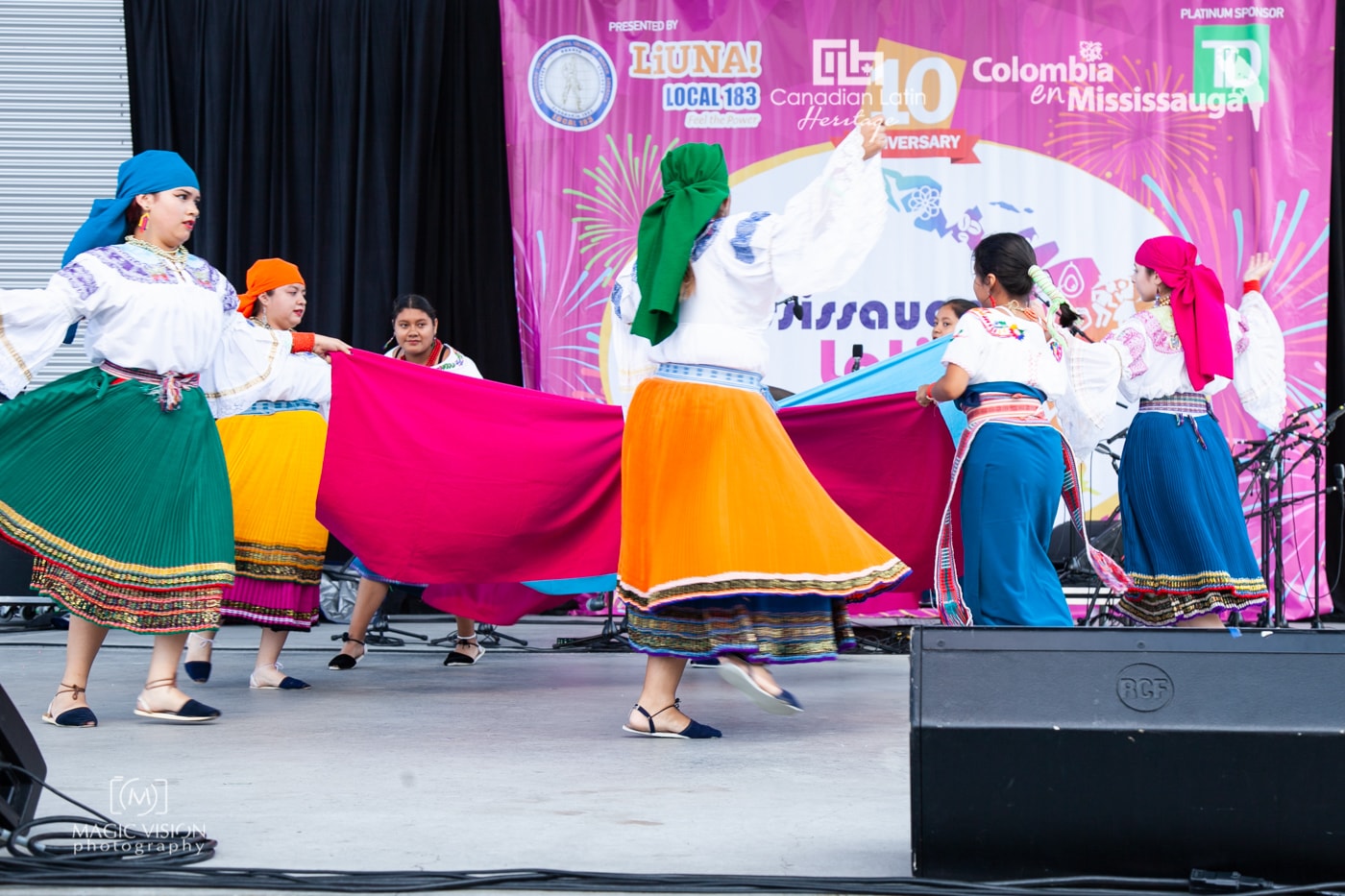 The HUAIRAPUNGO Ecuadorian Ethnocultural Group of Ontario was created in July 1991 to maintain and promote the Ecuadorian cultural and artistic roots. HUAIRAPUNGO is a Quechua word that signifies "Door of the Wind". Huairapungo has carried out an intense activity throughout all these years. Teaching folk dance in several elementary schools in the city of Toronto; dance performances in multicultural events. 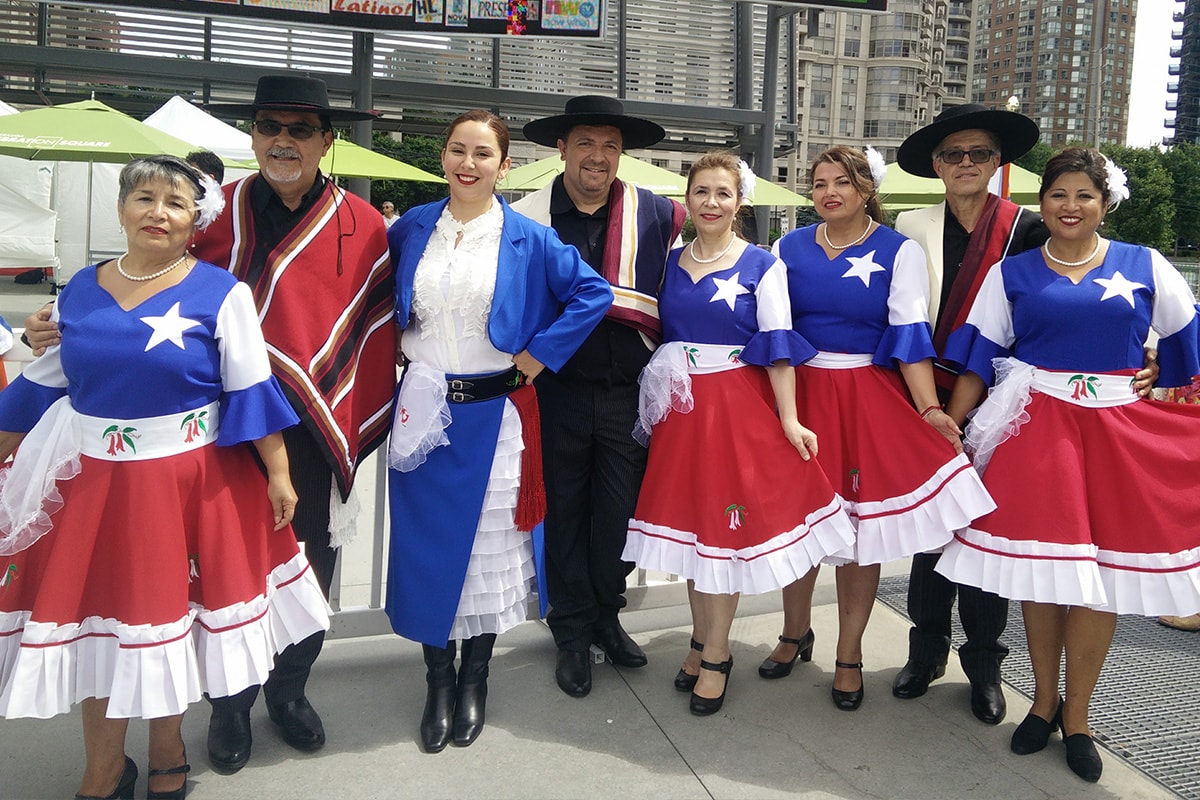 The mission of AfoChile, Friends of the Chilean Folklore, is to share Chilean folklore in all its expressions, primarily through dance, encouraging the participation of young and older adults. They perform at community events and also on their own. AfoChile seeks to share Chilean culture and folklore while building solidarity connections, contributing to cultural events that respond to needs that arise at times of natural disasters such as earthquakes and floods. 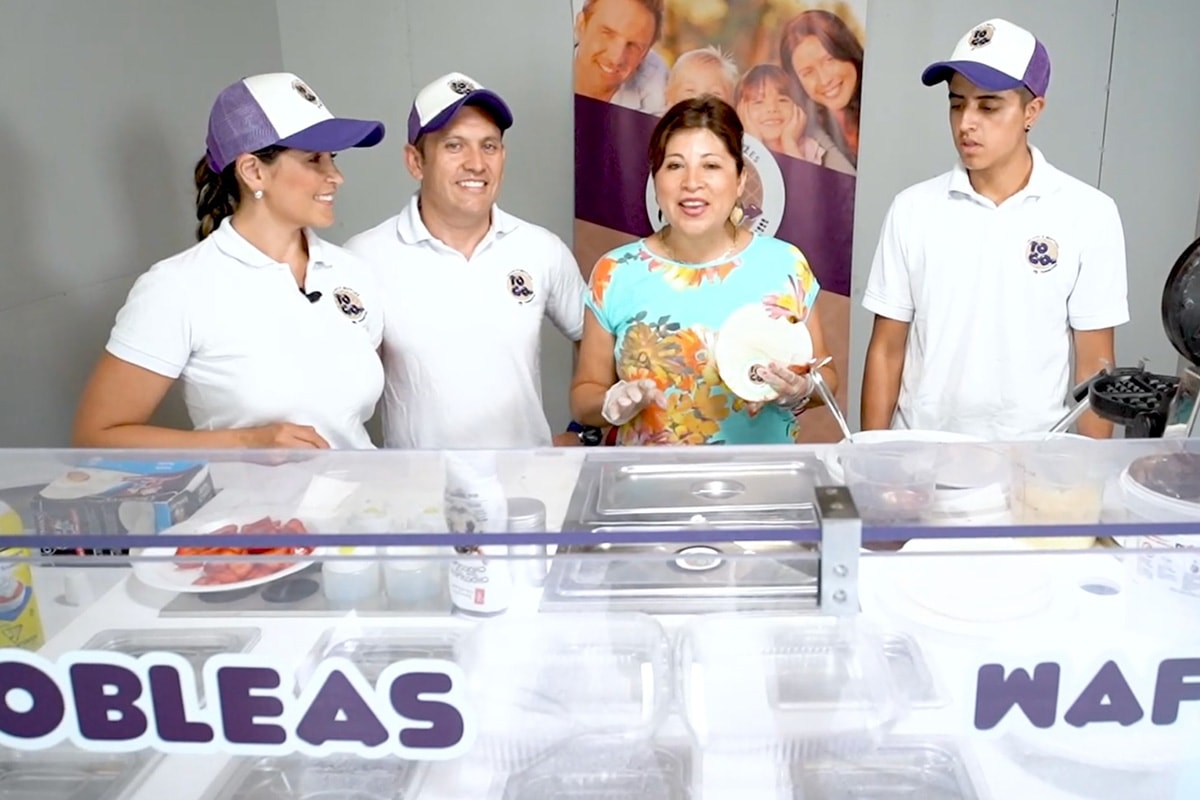 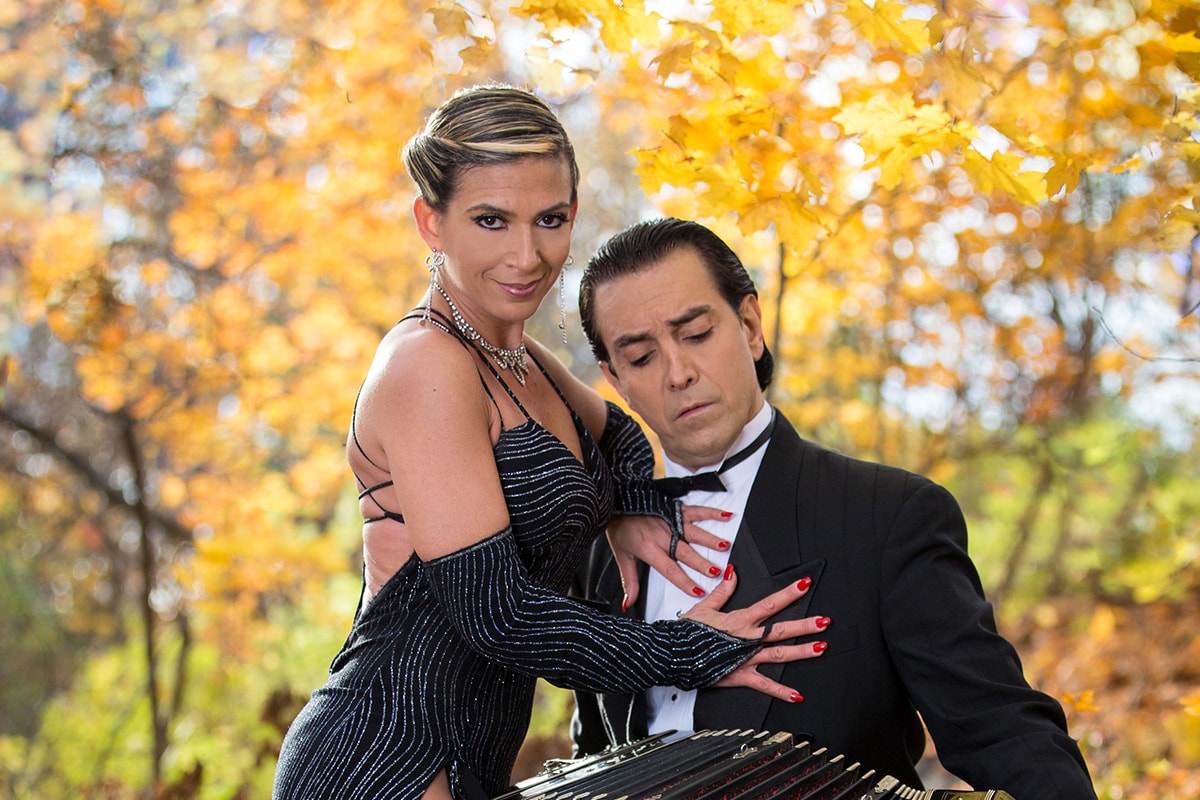 Born in Buenos Aires Argentina, Roxana and Fabian are pioneers in teaching tango in Canada since the 1980s. With more than “33 years” of stage life, they have consolidated a solid artistic career. Roxana and Fabian were chosen as one of Argentina’s tango ambassadors to the world and invited to judge international tango competitions in Argentina, Japan & the USA. Fabián, a multifaceted artist, also stands out as a bandoneon player and singer. Together they produce the annual event “Toronto Tango Summit” and they are also de directors of the dance academy “Tango de Oro”. 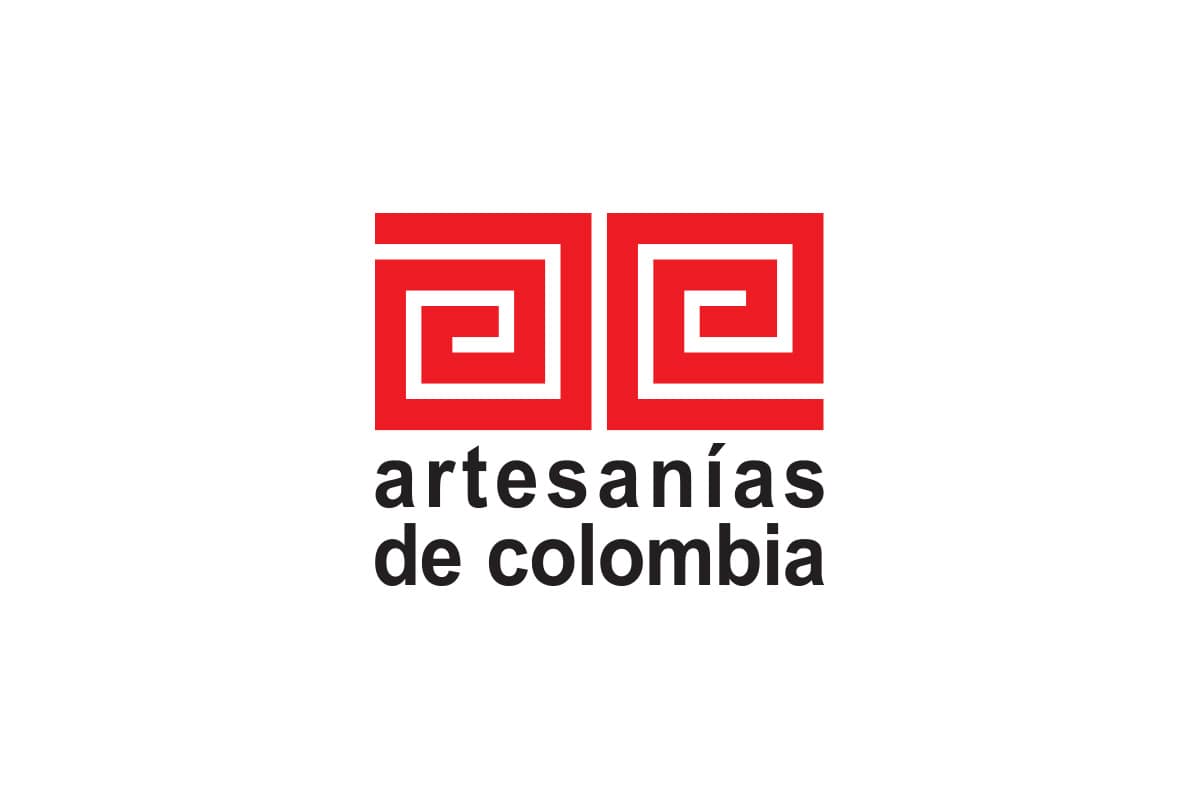 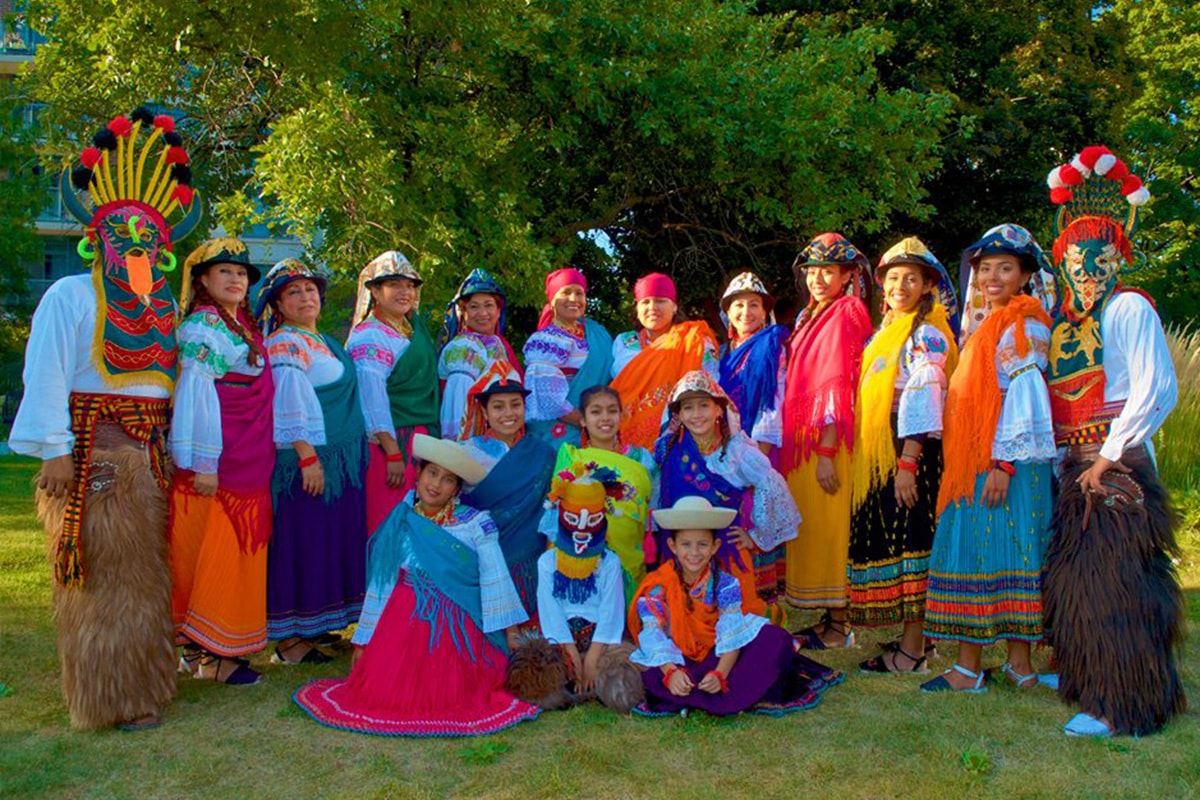 Ecuadorian dance group assembled in 1997. Their main objective is to create a new vision of dance, featuring Ecuadorian culture, which covers the people from the tropic (montubio), exploring the African roots from our black people, and keeping the ancestral Andean culture. They have performed in major festivals and cultural events in Ontario. 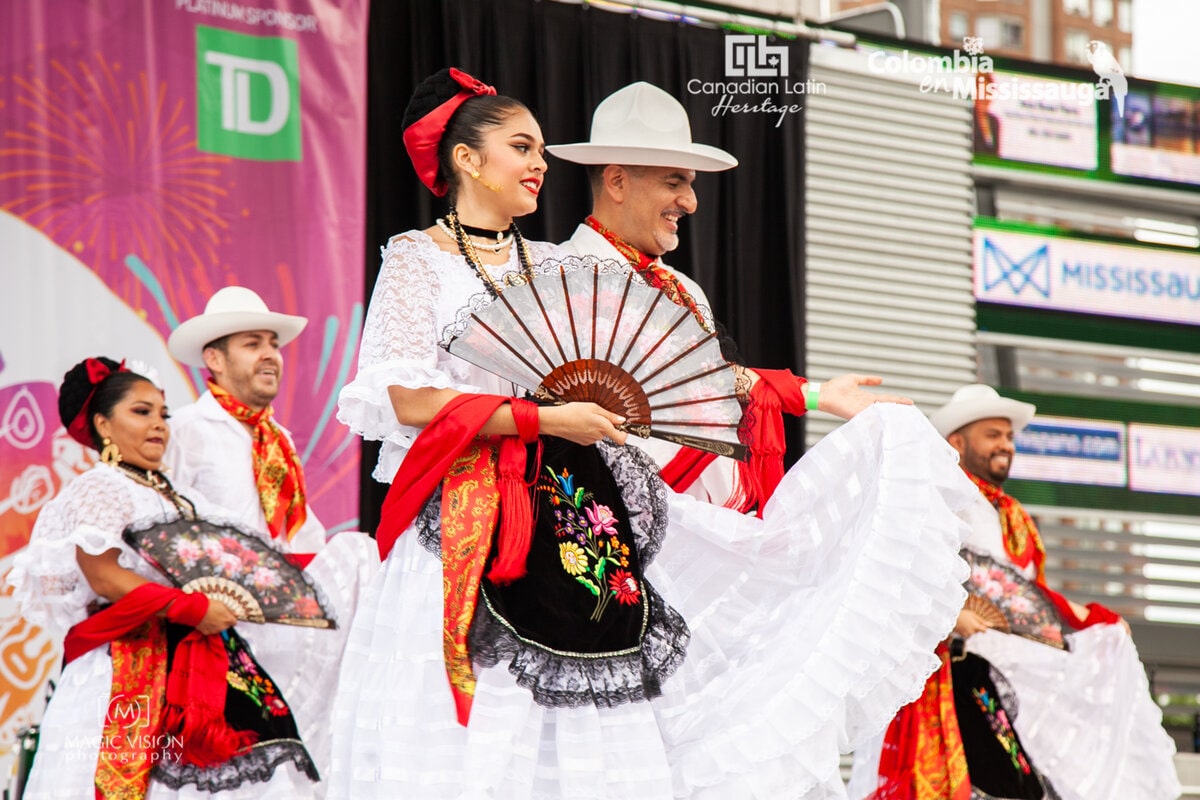 Ballet Folklorico Puro México has been active in Canada for over 15 years under the Direction of Jezreel Vazquez, with a solid repertoire of colourful traditional Mexican dances. Dedicated to promoting and teaching Mexican traditional dances in Ontario. We work with professionals and highly recognized instructors who come from different regions of Mexico to instruct us on techniques and dance styles. 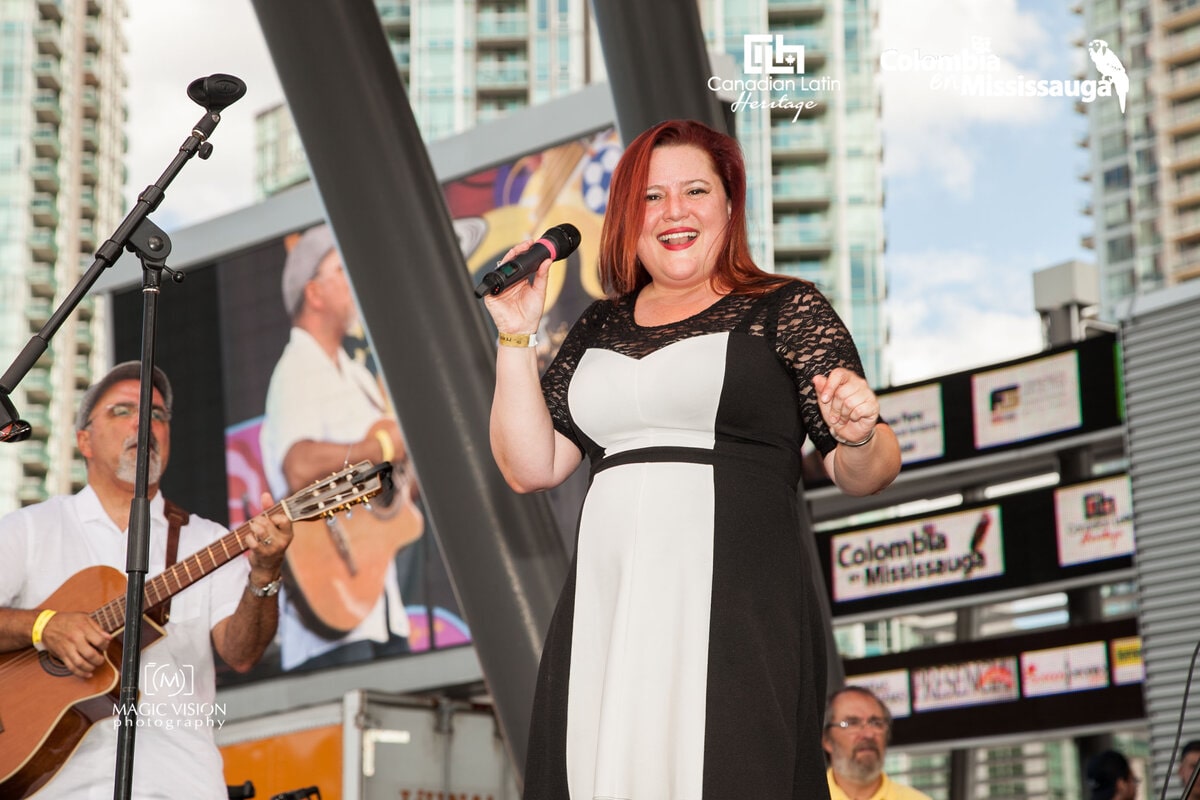 Carla & The Latintrain is a musical band formed 7 years ago by a few talented individuals who shared the love to promote their South-American roots thorough music, collaborating to create a perfect mix of songs that take the listener on a journey to our colorful lands. A vibrant melting pot of Latin rhythms such as Bolero, Cha-Cha, Son, Salsa, Cumbia, and more with a pinch of jazz, with lyrics both in Spanish and English, Latintrain’s goal is to engage all audiences and create a big party ambiance celebrating life and sounds anywhere they go. For the past 7 years, Latintrain has been playing all around the GTA, proudly representing their roots and spreading the Latin vibe. 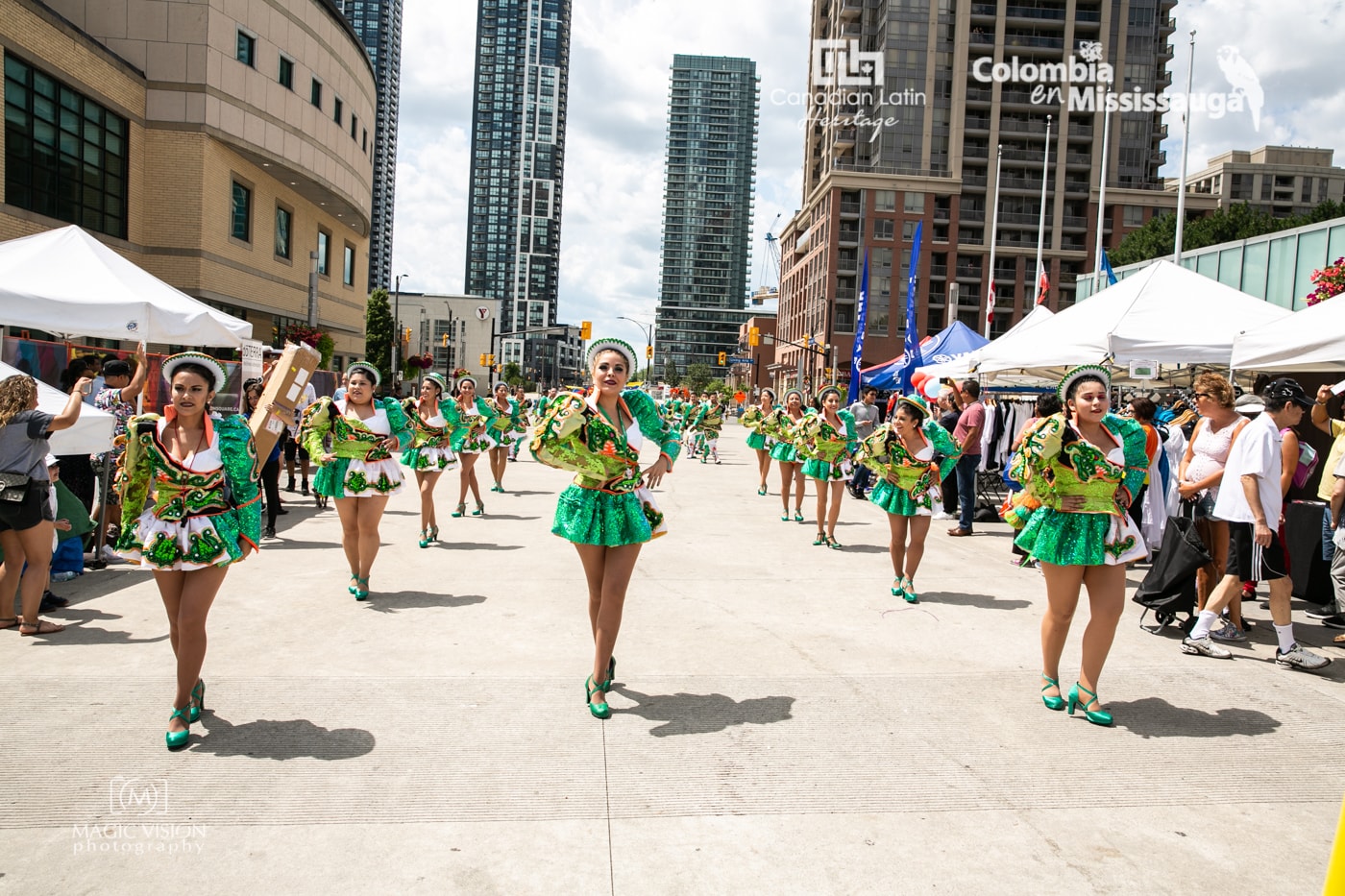 Born in November 2016 in the city of Toronto with the participation of 40 young Bolivians, some of them were born in Canada but have Bolivian roots, and others who immigrated at a young age. Our project started there, with the goal of instilling in our young people, the devotion to the Virgin of Urkupiña and Socavón and in their Bolivian roots and traditions. In 2018 they released their music video, which was produced by David Ovandoun and interpreted by the renowned Bolivian singer-songwriter Yuri Ortuño. The name of the song is Volver an Oruro - or RETURN TO ORURO and it talks about the day to day life here but inside the desire to return to Oruro where every year thousands of dancers gather to celebrate Carnaval. Mi Viejo San Simon Toronto, pleased to present our theme at the first virtual Mississauga Latin Festival. 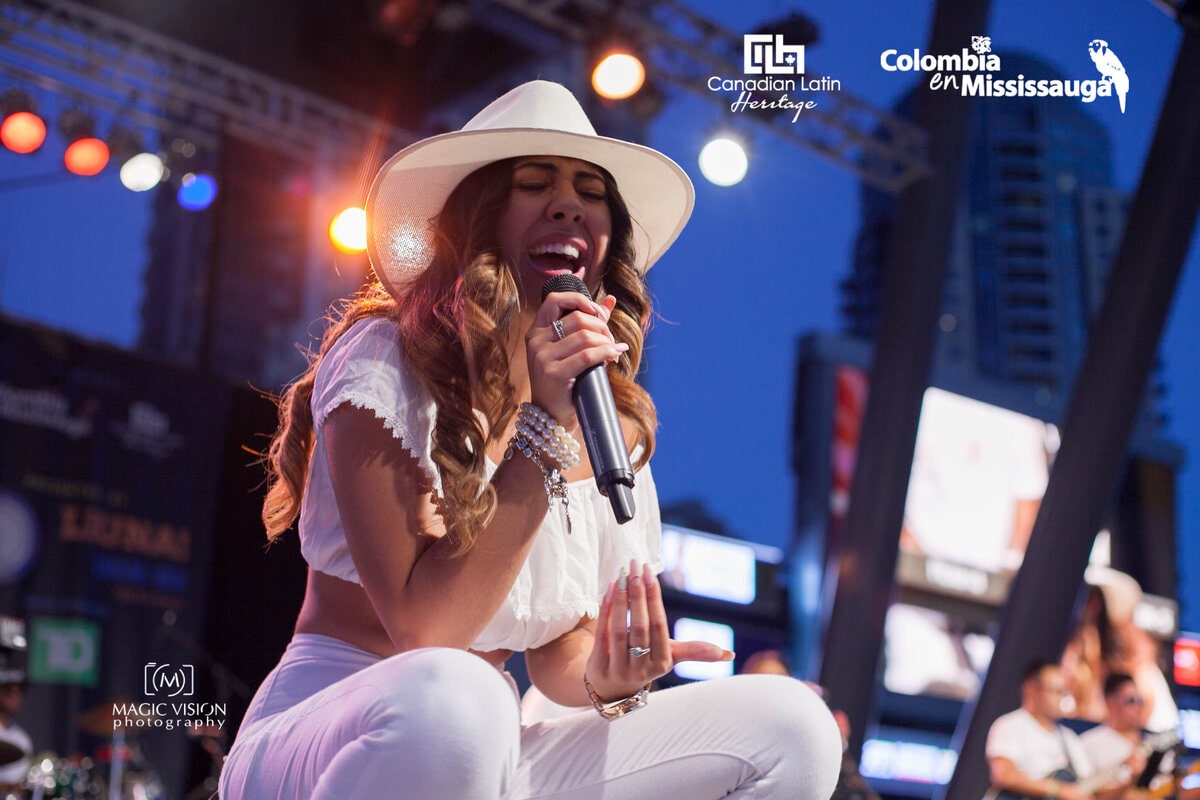 She is a Latin star. Chantel Collado was born in Toronto Canada to a Dominican father and Uruguayan mother. Youth added to that great overwhelming personality, perseverance and discipline have made her one of the most relevant feminine promises of Urban Bachata. 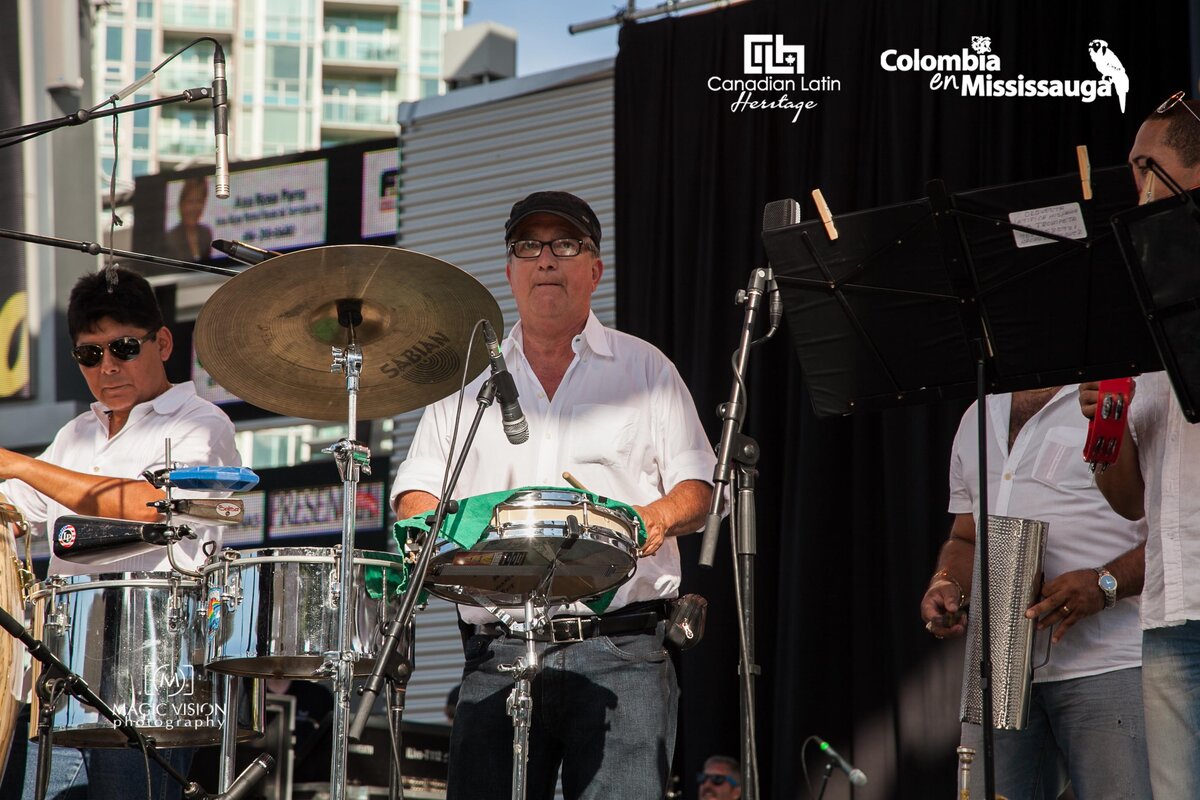 The renowned orchestra LA TIPICA HISPANA, which has been part of the Mississauga Latin Festival for almost 10 years. 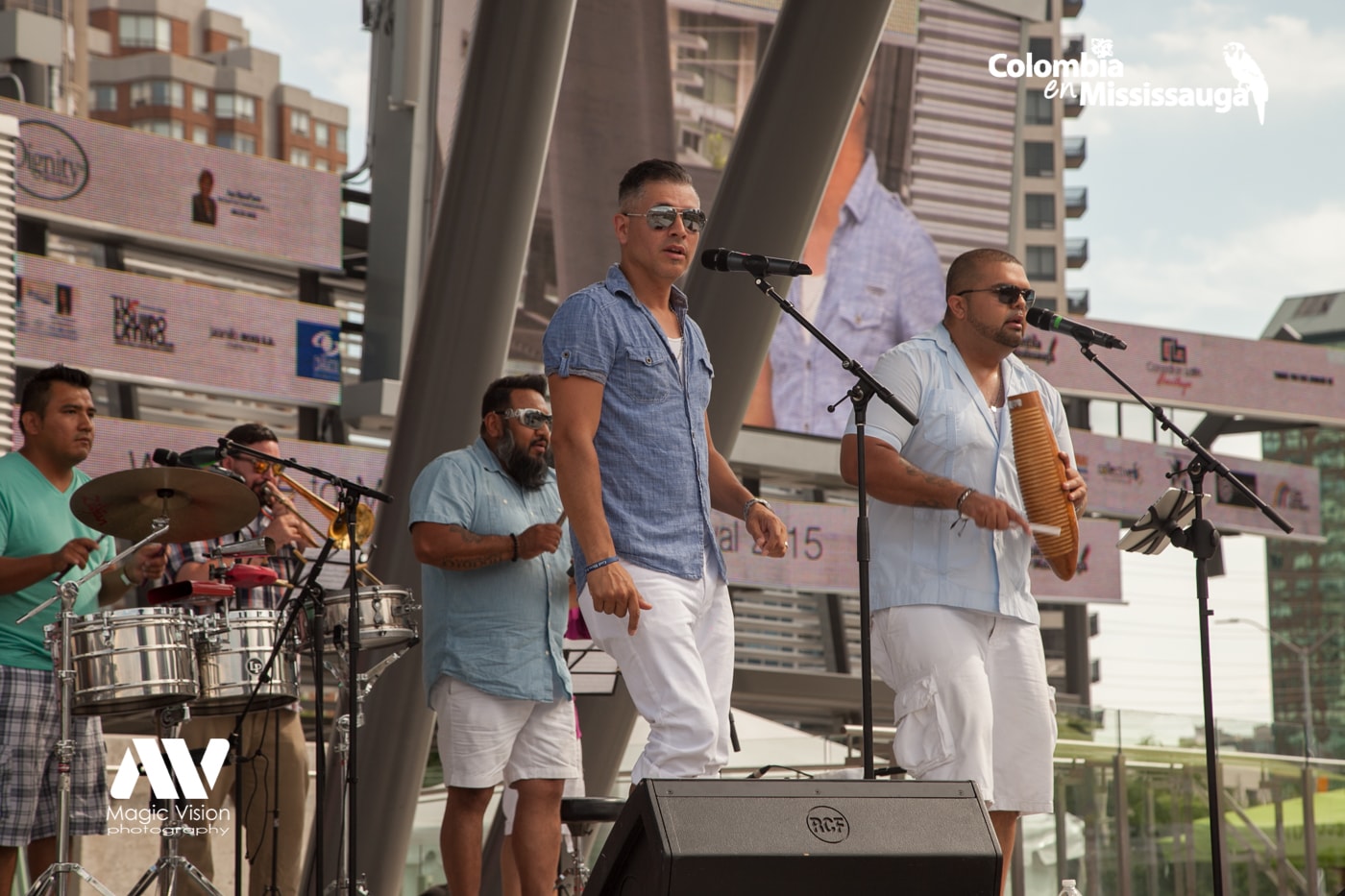 Salsotika was formed in 2007 under the musical direction of Johan Aguirre The band Originally started by playing 80's Salsa Cover Song Because of years of experience Salsotika Has Backed up many notable Salsa Singers such as Tony Vega, Roberto Roena Y Su Apollo Sound, David Pabon, Luisito Carrion, Edgar Joel, Roberto Blades Willy Gonzalez and more Presently Salsotika is Working on an album which will feature different singers from the Toronto Salsa music scene.

Diego Marulanda is a well establish dance, theater, film, and television scoring composer. Born in Bogota Colombia. He has developed himself into a multi-instrumentalist and songwriter, performing as a vocalist, playing guitar, cuatro, tiple as well as numerous traditional Latin American instruments that make up his extensive collection. From his childhood in Colombia to his youth and adulthood in Canada, his development as a creative artist has led him to explore Colombian and Latin American music as a performer, composer, songwriter, and producer, considering both a comprehensive search for the political and social identity of the music. 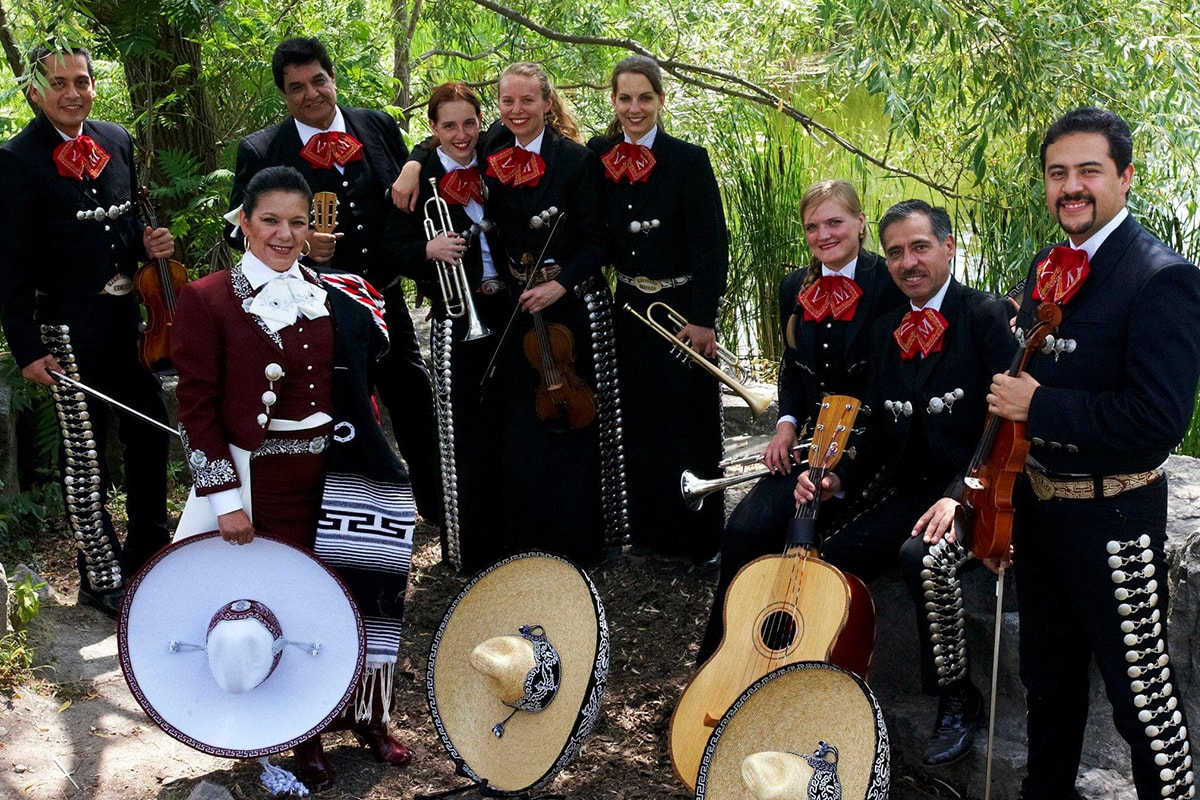 Viva Mexico Mariachi is one of a kind Multicultural mariachi band ensemble based in Toronto. It blends talent, charisma, and experience in its professional, lively, energetic, outstanding, and even virtuoso performances. Viva Mexico Mariachi is a blend of classic and ethnic Mexican instruments: Trumpets, Violins, Vihuela, Guitarron, and Guitar. 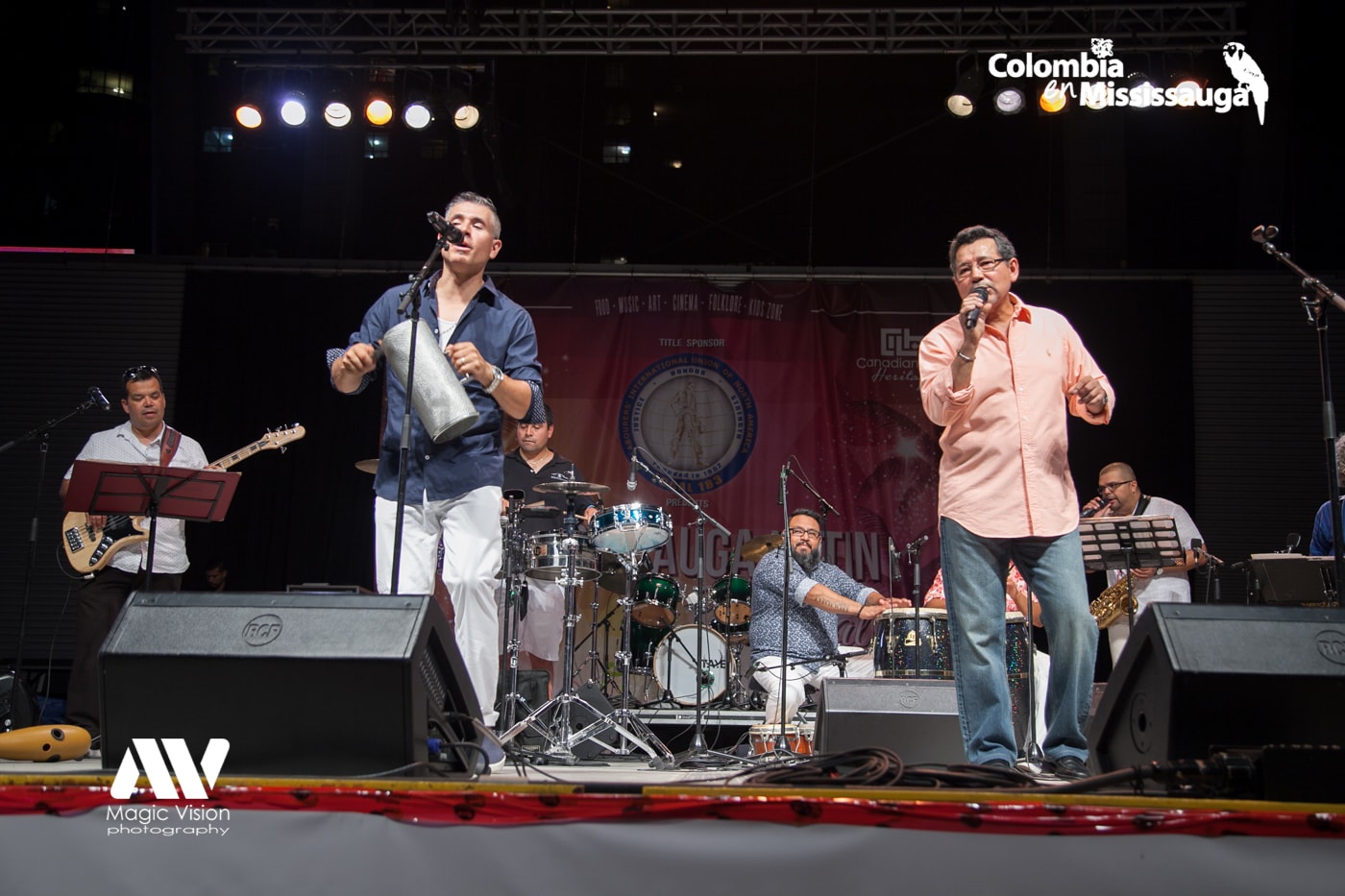 FANTASIA ORCHESTRA made its debut in January of 1978, at Toronto night club “COCONUT”. Since then it has been participating in many of the big events in the Latin American community; In 1989 FANTASIA ORCHESTRA crossed over to the Canadian market, making successful appearances at festivals and awards ceremonies. 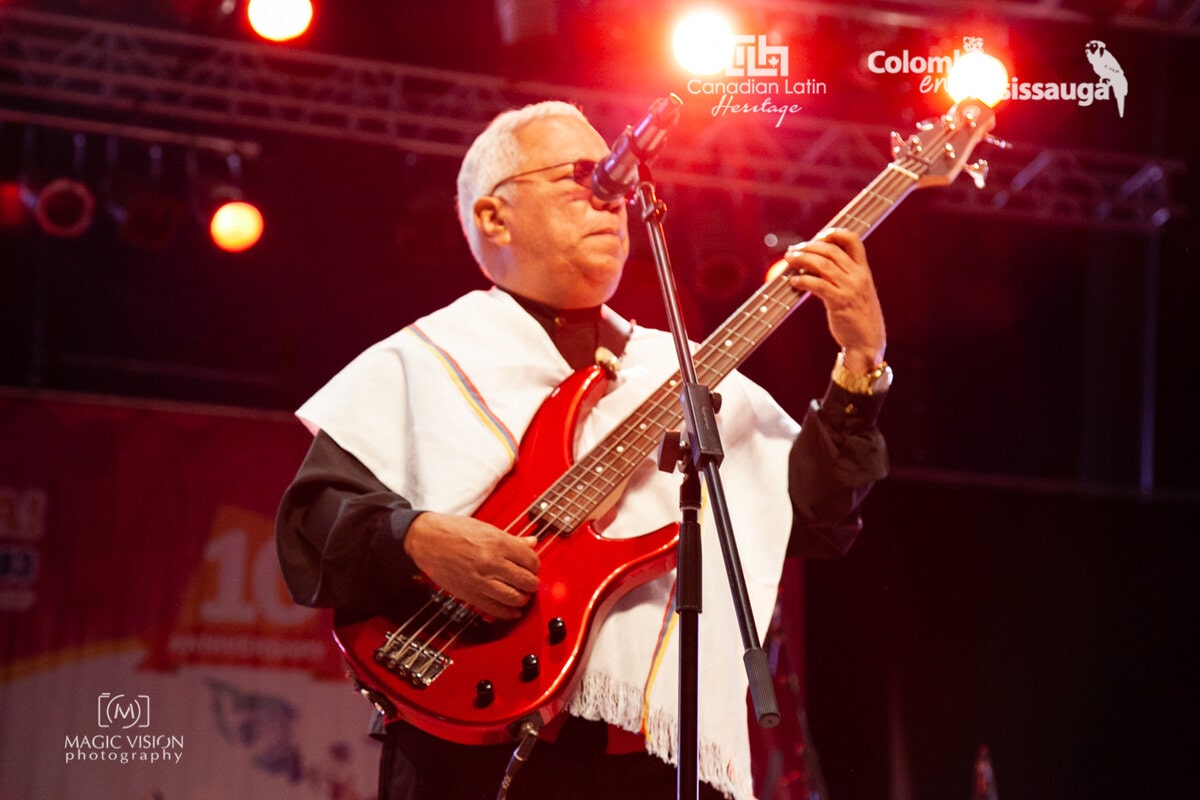 Luis Felipe was born in Caracas, Venezuela, on December 31, 1949. At the age of four (4), he started in the world of music playing the cuatro. At nine (9) years old he already directed a group of Christmas bonuses, participated in cultural acts and amateur events, at thirteen (13) years old he received remuneration for his activity, and for his first dance group, which he named ORQUÍDEA. The group had percussion and Luis Felipe played the harp, an instrument that he mastered with great precision and which brought him much satisfaction. At fourteen (14) years old, he debuted professionally, forming the well-known group of NELSON AND HIS STARS, of which he was one of its creators. The first long-lasting album (LP) he recorded with this group was called “Cosa Buena” and with this, he began his career as a producer and composer. In the orchestra NELSON AND ITS STARS, he played bass, an instrument on which he has been a standard-bearer. He also became the lead singer of the orchestra.

NOTE: This schedule is subject to changes